Gain access to the FME members area and its resources, and stay up to date through our newsletters.

FME is a network of European NGOs and individuals using social justice to protect and restore forests.

Login to the members area

The FME has been facilitated by the forests and rights NGO Fern since 1995 and meets annually. Meetings are held in a different country each year and hosted by a volunteer member organisation. 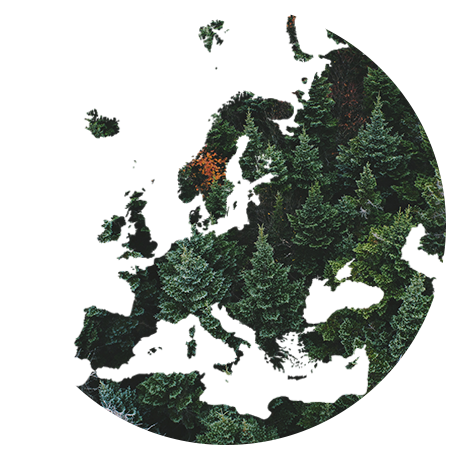 The FME began in 1989 when a group of NGOs from several European countries joined efforts to stop Japanese companies’ destruction of rainforests. They originally met under the heading ‘Ban Japan from the Rainforest’.

By 1992 the group had expanded considerably in size and in the issues it dealt with. Its focus was no longer Japanese companies, but tropical rainforests and support for forest peoples in general. At a meeting in Munich, Germany, the group renamed itself the European Rainforest Movement, the European arm of the World Rainforest Movement. We decided to remain a loose movement with no formal membership or secretariat. Meetings were held twice a year, hosted by one of the participating groups and coordinated by Saskia Ozinga.

In 1992, environmental organisations in the boreal forests began to look outside for help to protect the Taiga. Taiga Rescue Network was formed and groups working on the boreal forests joined the European Rainforest Movement. This decision to focus efforts beyond rainforests led in 1994 to the current name, Forest Movement Europe. A year later Saskia Ozinga co-founded Fern after the FME agreed we needed an organisation that would monitor what the EU was doing on forests, explain it to NGOs and coordinate NGO input.

In 2022, we could finally host FME face-to-face again, and despite there being a few cases of Covid, there was a huge amount of relief about being able to get back together again. With more than 40 participants, we had many new faces as well as three people who had been at the first ever FME. It was hosted by Canopee.

The main issues discussed were:

In addition to the events, we hosted a party to celebrate 30 years of the Forest Movement – even though this was technically our 32nd year!

Participants visited nearby examples of close-to-nature forestry where communities are turning plantations back to forests. 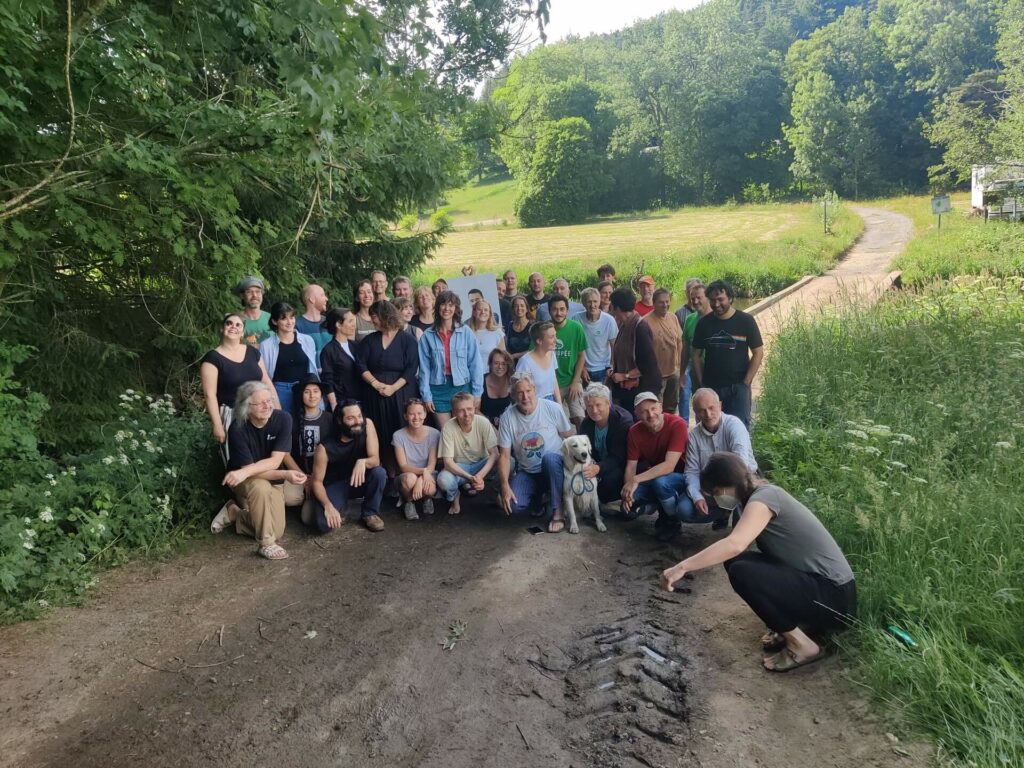 FME 2021 was held on-line for the second time in our 30 year history, due to the COVID pandemic. It was hosted by Fern.

Due to feedback from FME 2020 we decided it did not make sense to organise more Zoom calls and so, instead we focussed on creating a FME Facebook group. This was little used as many people raised concerns that they did not use such social media for ethical reasons. We produced two opinion pieces based on presentations that would have been given at the event:

FME 2020 was held on-line for the first time in our 30 year history, due to the COVID pandemic. It was hosted by Fern.

The main issues discussed were:

Due to the on-line nature of the event, there was no visit to a forest and many participants recognised that it was not possible to host the FME on-line as the key aim is to meet each other and to build relationships to ensure we can work as one movement rather than distinct organisations.

FME 2019 was held in Morské Oko Lake, Slovakia, hosted by Wolf. The main issues discussed were: Participants also visited an UNESCO-listed beech forest they are fighting to protect from illegal logging and ski resorts. Following the event many members joined Free Svydovets from Western Ukraine to visit the heart of the Ukrainian Carpathians under threat of destruction by illegal logging and a megalomaniac ski project. 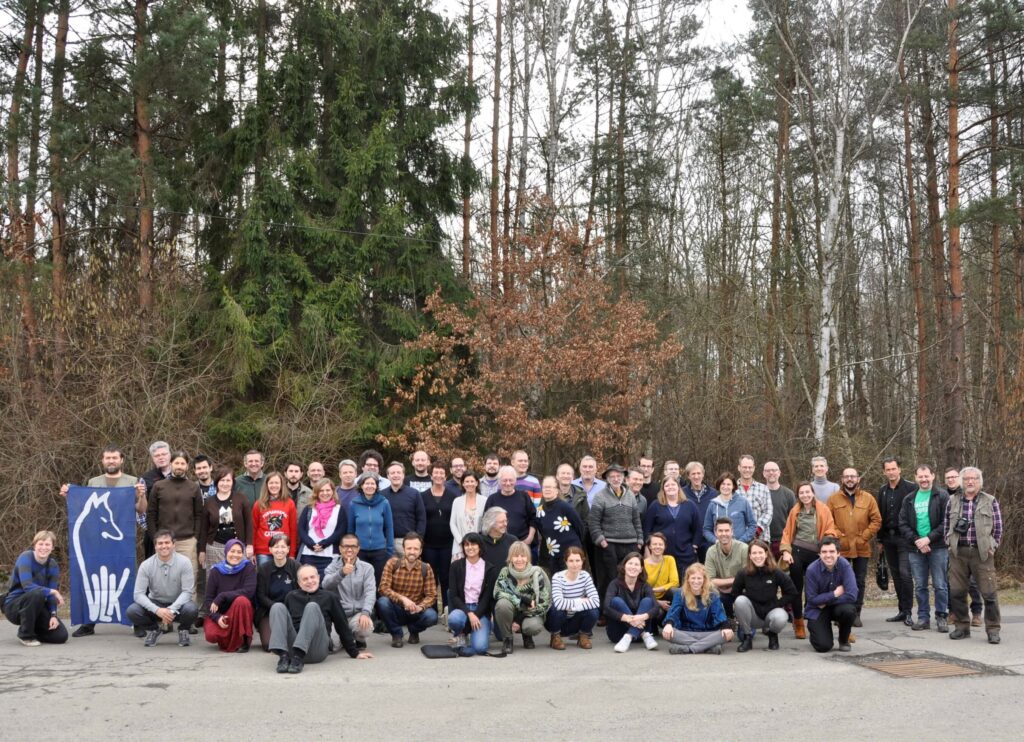 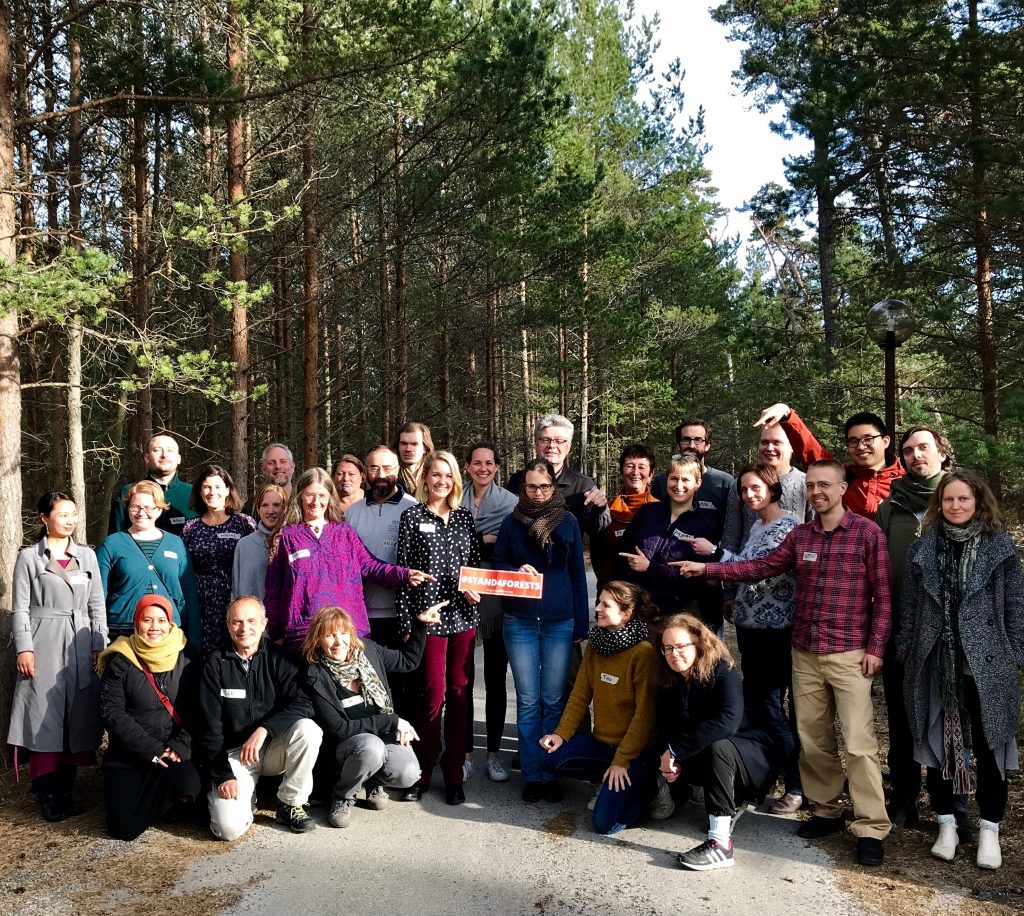 The Forest Movement Europe (FME) is a network of more than 45 European NGOs from over 12 European countries working on forest-related issues with a focus on social justice.

The FME 2017 was held in Brasov, Romania, hosted by 2Celcius Network. 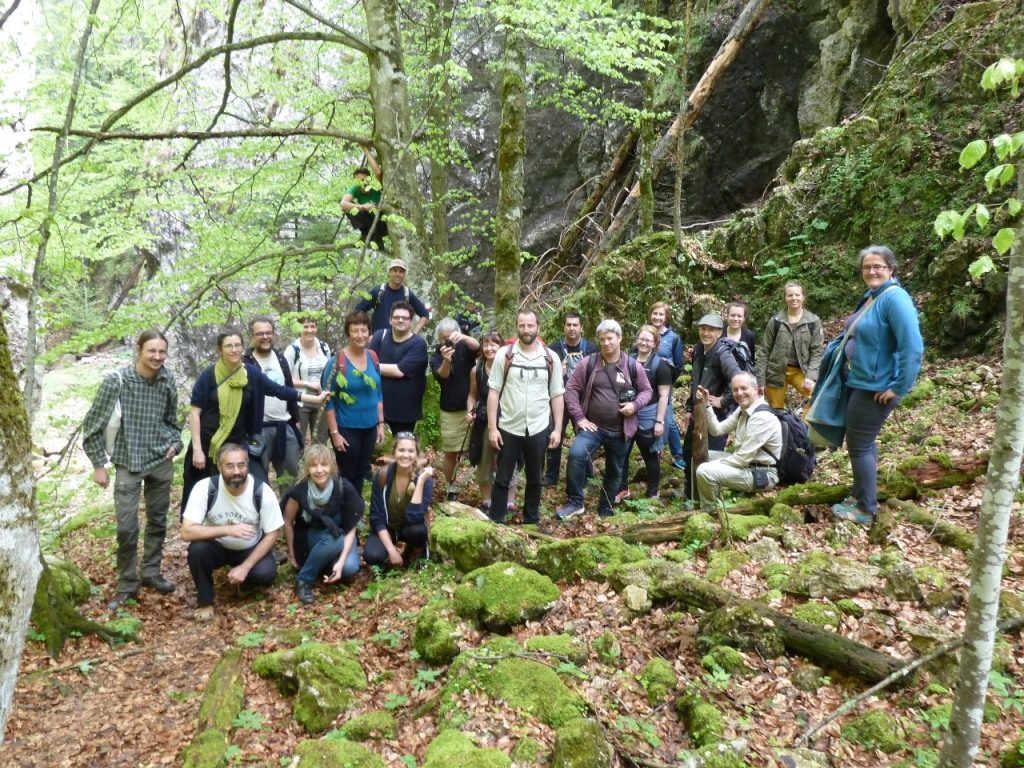 FME 2016 was held in Biggar, Scotland, hosted by Reforesting Scotland.

FME members also expressed their anger at the imminent logging of the Bialowieza Forest in Poland.

FME 2015 was held in Brussels, Belgium, hosted by Fern. It was held at the same time as Fern’s 20th anniversary.

FME members also took the opportunity to send a letter of protest to the Brazilian Embassy in Brussels against their cultivation of Genetically Engineered Trees. 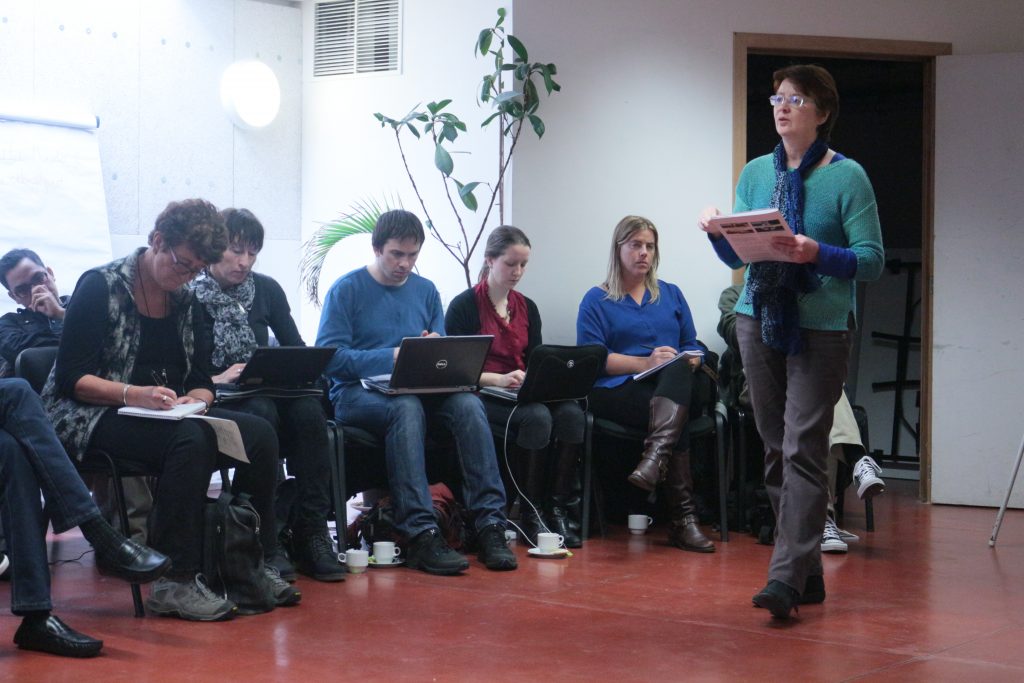 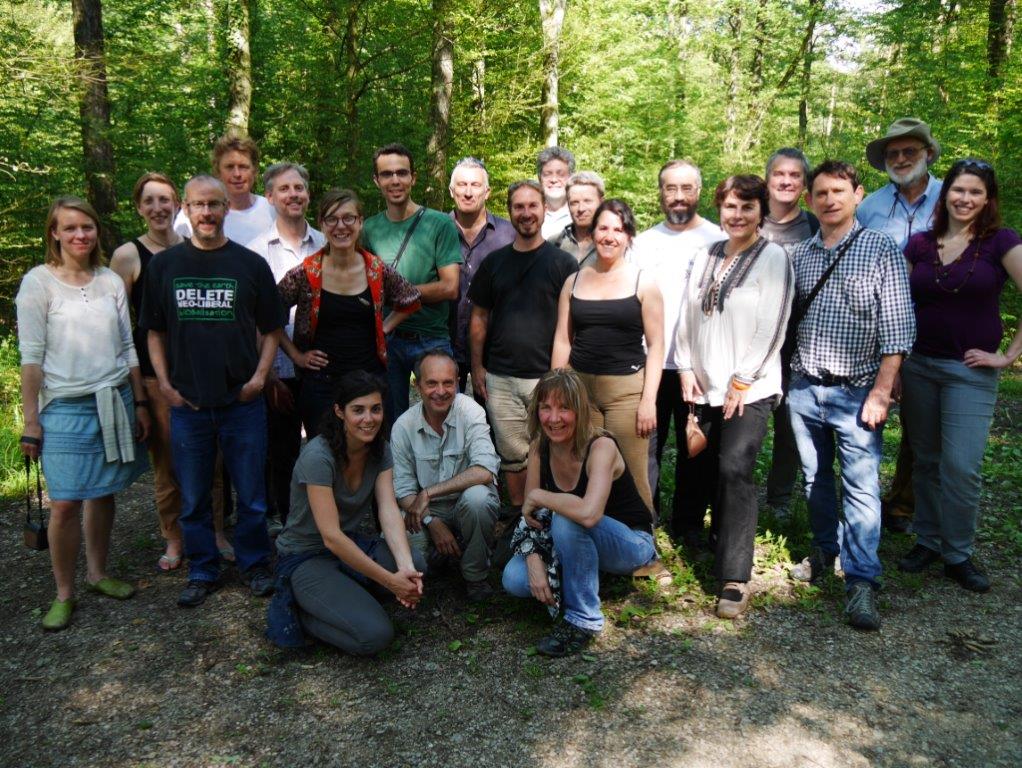 FME 2014 was held in Vienna, Austria, hosted by Friends of the Earth Austria (Global 2000) and Finance and Trade Watch – Austria. 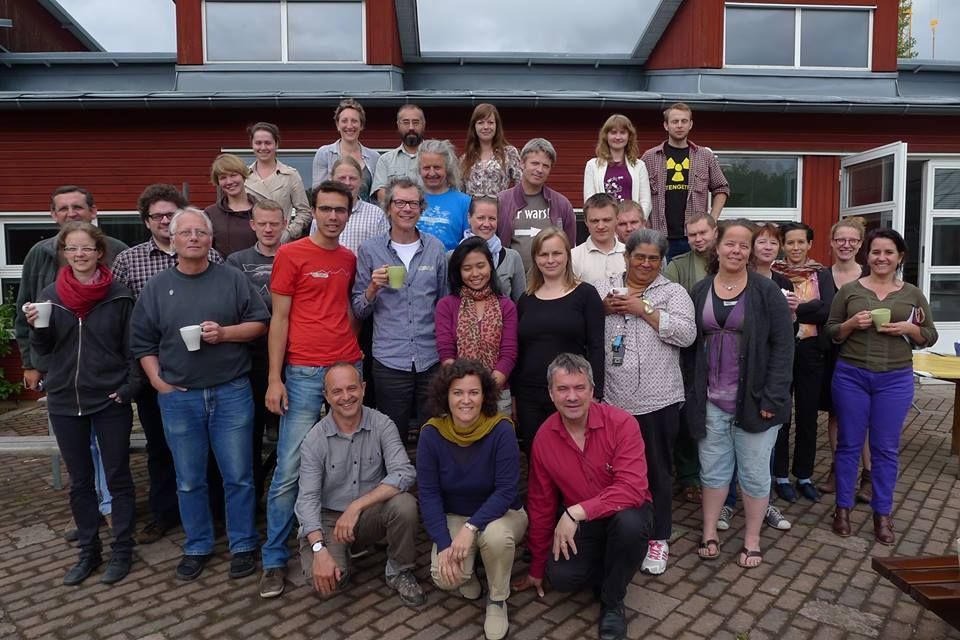 FME 2013 was held in Sweden and hosted by SSNC. The site visit was on the subject of threatened forests and clear-cuts in mid-Sweden.

One of the outcomes of the meeting was that forestry experts and conservationists from Indonesia, Tajikistan and twelve European countries sent a letter to the Norwegian government requesting Norway allocate a Norwegian forest protection billion to secure the Norwegian biodiversity in forests.

FME 2012 was held in Gaia, Portugal, hosted by Quercus. 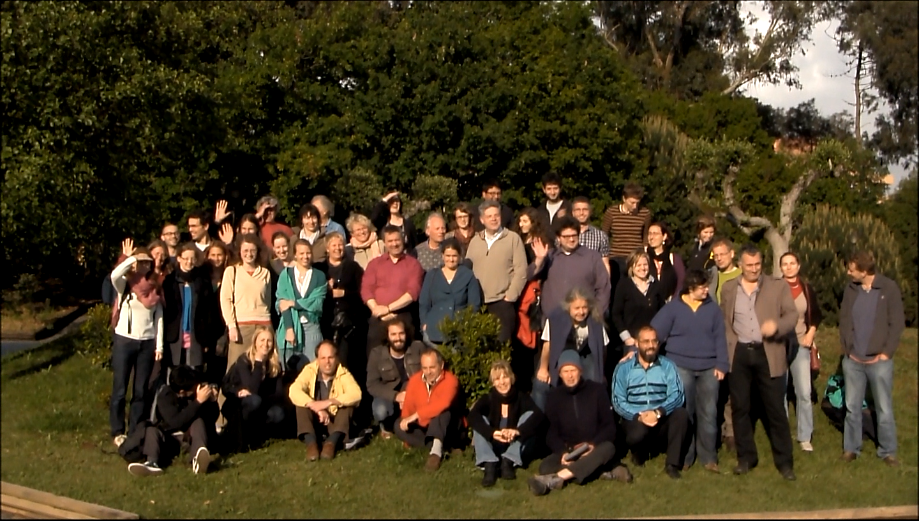 Friends of the Earth France hosted the 2011 Forest Movement Europe Meeting from the 17th to the 19th of June in the Castle of Ligoure, Le Vigen.

The event took place at the Castle of Ligoure, surrounded by fields and forests, in the heart of an agricultural domain, crossed by a river. This place is managed by a non-profit organisation and is open for groups. The Castle of Ligoure is not a classical « hotel »: people are invited to organise and participate in cleaning  bedrooms, dressing tables or washing dishes after meals. 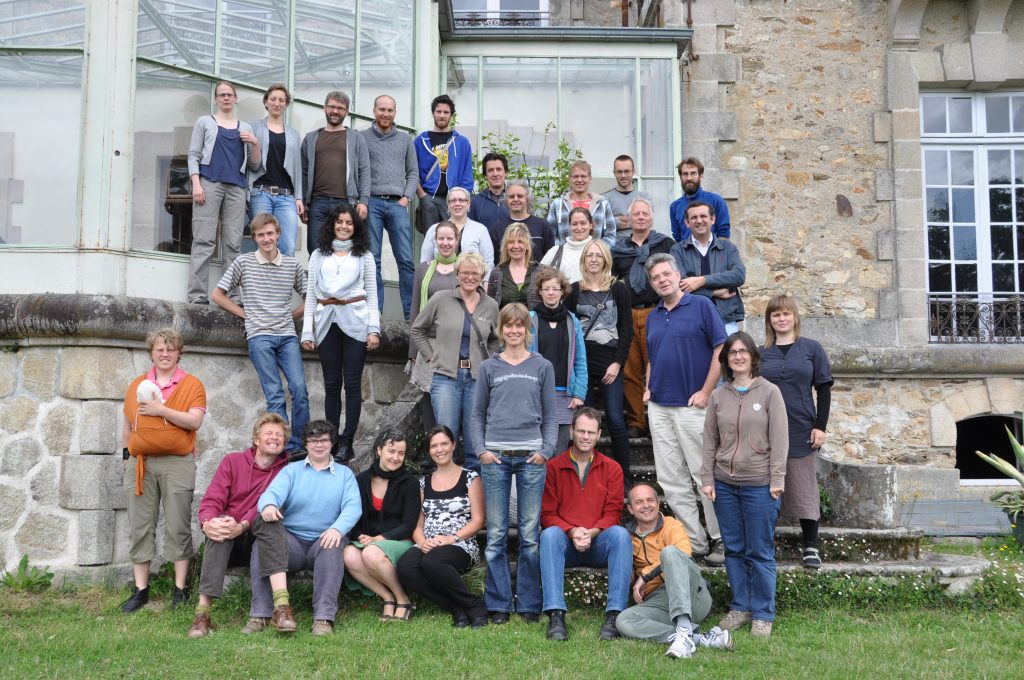 In 2010, FME took place With thanks to in Nettersheim in Germany from Friday 11 June to Sunday 13. Our hosts were ARA www.araonline.de FME 2009 was held in Switzerland in a managed forest in the village of Leuenberg. It was hosted by the Bruno Manser Fonds (www.bmf.ch). The meeting included a discussion with Jurgen Blaser, advisor to the World Bank’s Forest Carbon Partnership Facility (FCPF). It included representatives from many continents battling against unsustainable production of paper. FME 2008 was held in Bulgaria in the foothills of Rila National Park. It was hosted by the Bulgarian Society for the Protection of Birds (http://bspb.org/index.php).

The main issues discussed during the meeting included:

Many of the organisations present signed-on to the European paper vision. Held in Spain at an environmental centre in the Castle of Santa Cruz near to the Galician city of Coruña, the meeting was hosted by the university extension centre for the dissemination of environmental information (CEIDA) (www.ceida.org). One day was devoted to a strategy for Galician NGOs, before the FME meeting took place.

The main issues discussed during the meeting included: FME 2006 was held in Slovakia in a forested village called Nova Sedlica. It was hosted by the WOLF. The meeting included a Taiga Rescue Network meeting and a full day discussion on the FME, its history, present and future.

Issues discussed during the meeting included: 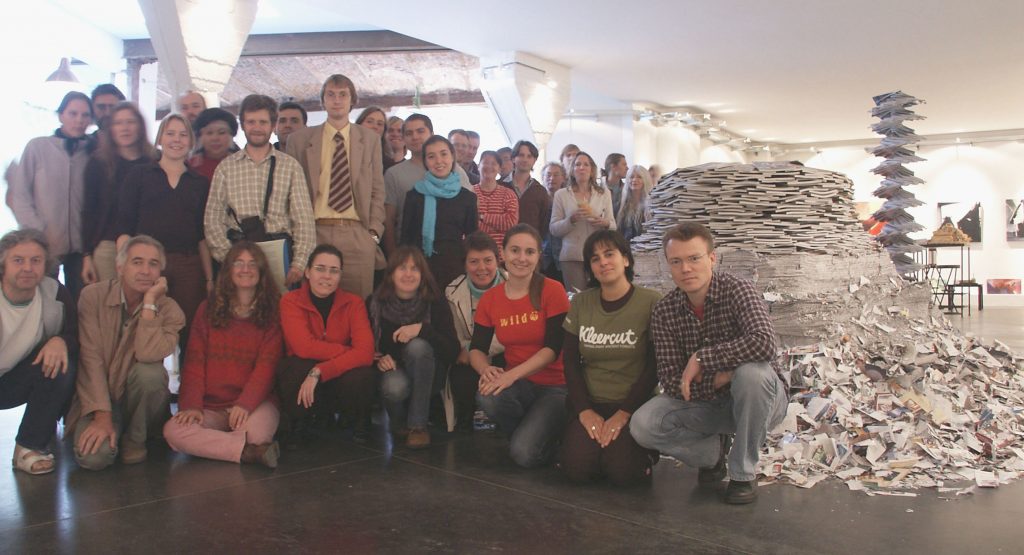 Held in Brussels and hosted by FERN, the 2005 FME coincided with FERN’s 10th anniversary. As well as the usual meeting FERN and Futurart Gallery hosted an art exhibition on forests. A whole day was devoted to paper. Other main issues discussed at the FME meeting included:

In 2004, FME was held in April in Helsinki, Finland. The main focus of the meeting was creating a strategy around the problems caused by paper production and consumption. It was hosted by the Finnish Nature League. The following issues were discussed: The following issues were discussed:

One of the meeting outcomes was a statement by the NGOs present exposing Malaysia’s attempts to greenwash its logging industry.

In 2002, FME was held in April in Talinn, Estonia. As well as seeing FSC certification in Estonia first hand, participants discussed the following issues:

In 2001, FME was held in April in Oslo, Norway. It was hosted by Friends of the Earth Norway. The following issues were discussed:

There were varied outcomes of the meeting including a letter sent to WWF raising concern about their links with the logging industry. A letter was also sent to FSC and other Indonesian certifiers in support of a statement by WALHI (Friends of the Earth Indonesia) and more than 144 NGO and indigenous peoples’ organisations.

In 2000, FME was held in April in Antwerp, Belgium. The first day of the meeting was set aside for a discussion on strategy on boreal forests, jointly organised with the Taiga Rescue Network. Over the next two days, the following issues were discussed:

Two letters were signed by participants of the FME on the subjects of:

The first day of the meeting was set aside for a discussion on strategy in Africa jointly organised with Rainforest Action Network US. One of the main discussion points was how US and European groups could achieve more synergy to be able to strengthen the work of African NGOs and Indigenous Peoples’ Organisations. Over the next two days, the following issues were discussed:

Two letters were signed by participants of the FME on the subjects of:

In 1998, FME was held in March in a beautiful castle in Heemskerk, a town close to Amsterdam. It was hosted by http://www.milieudefensie.nl/english (Friends of the Earth Netherlands).

The main topics discussed were:

Urgent action alerts were on the following issues:

Ideas or questions? Don’t hesitate to send your feedback to info@fern.org!